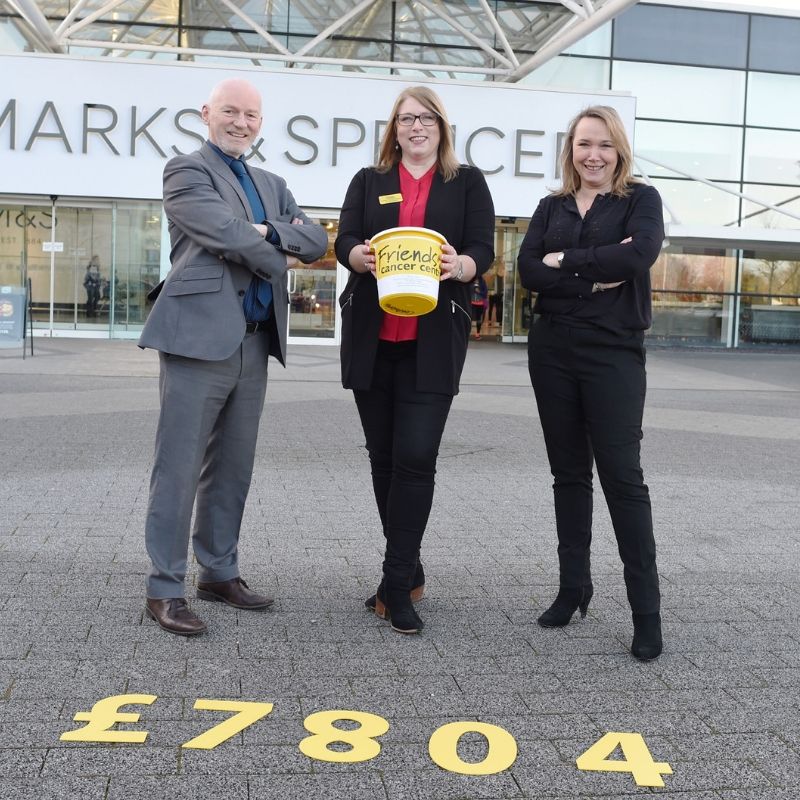 A trip to see Santa Claus boosted the fundraising efforts of Northern Ireland charity, Friends of the Cancer Centre, thanks to a record-breaking collection.

This year, thousands of children visited Santa Claus at Sprucefield Shopping Centre’s free grotto, helping to raise the highest ever Christmas charity collection at the Centre. The funds will help Friends of the Cancer Centre support young patients and families affected by cancer across Northern Ireland.

“Sometimes it’s the little things like activity packs to keep younger children occupied as they are waiting for treatment, or a free cup of tea or coffee for parents, that make a big difference. As well as thanking everyone who donated, we would like to say a huge thank you to the team at Sprucefield Centre for their continued support for the charity and the local community.”

“The generosity of our shoppers has led to the highest amount we have ever raised at Christmas. We are delighted that so much was raised for a charity that does so much for children and families facing cancer. This is what makes our Grotto that little bit more special.”